At first glance, “The Hunt” could just be another rendering of the “hunter becomes the hunted” movie trope. Like it’s just another rendering of “The Most Dangerous Game”. At least on the surface that’s what it appears to be. But actually the film has very deep rooted social commentary that is extremely, and dangerously, relevant to today’s society.

Initially what appears to be the elite versus the lower class, it is actually the classic polarization of Liberal versus Conservative. In fact, one could argue that they are actually far left and far right opponents as opposed to Modernists who are used to a compromise.

This is actually the real genius part of the film because of the social commentary. While it is there, it is disguised in the glamorous, gory, special effects and dark humor that is throughout the entire story. And this is where the real strength of this film comes from: the idea that first appearances are almost always wrong. As there are some characters you should be rooting for, and others you should be a pose against. But then about 3/4 of the way to the film, we discovered that the people you were rooting for have ideals and points of view that may not necessarily be the same as yours. And the hunters as they are portrayed in the first part of the film, actually have ideals closer to that of the viewer of the movie.

The idea that first impressions can be misleading as a very powerful tool, especially in that of a horror film. Or in the case of this movie a social psychological thriller. The film is not necessarily intending for the social commentary to be as obvious as it might be to most viewers. The gory effects in this film are extreme. And as I stated previously, the dark humor does serve to create a very strange atmosphere.

Swedish actor Max von Sydow (famed in America for his role in “The Exorcist”) was initially very excited to play the villain Ming the Merciless, as he was already a big fan of the original Flash Gordon movie serials of the 1930’s.

The film’s director Mike Hodges later said about working with von Sydow, “I’ve never seen an actor have so much fun.” 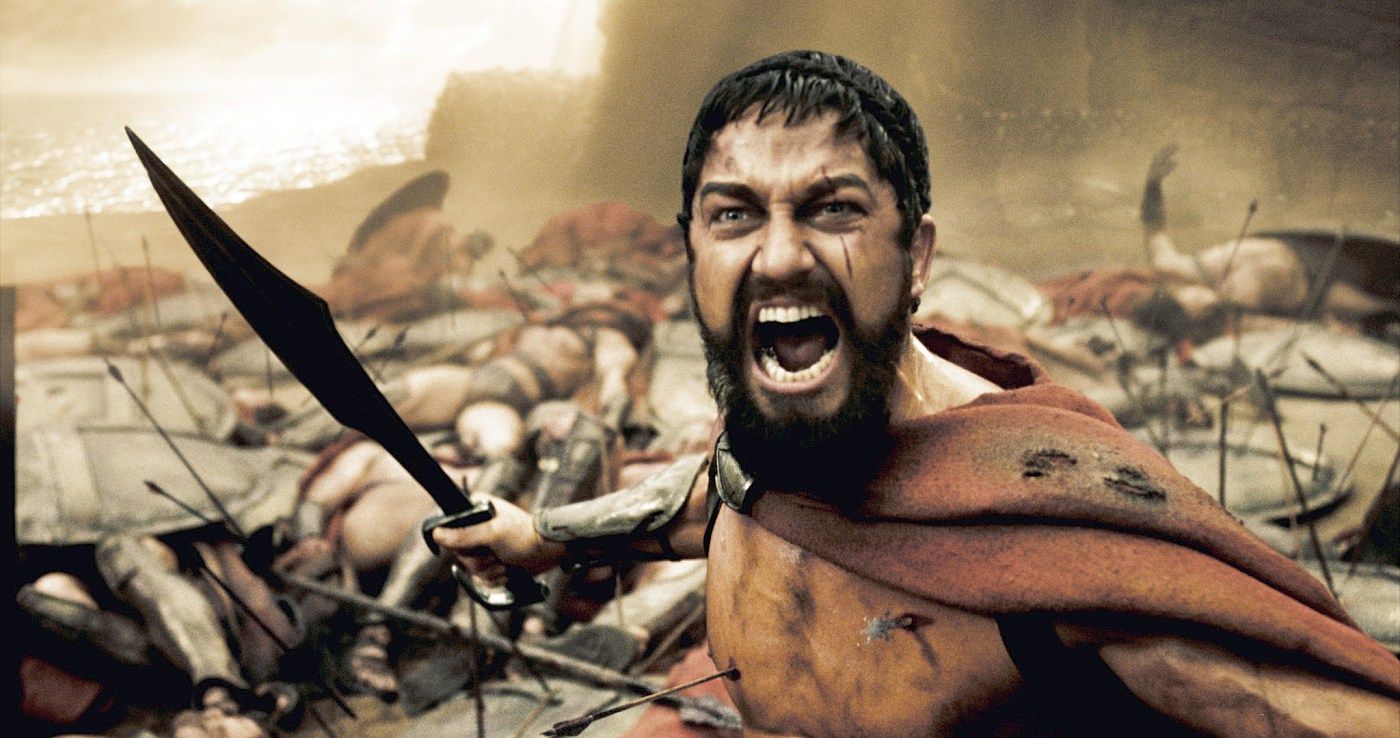 On the outside what looks like an incredible historical inaccuracy, is actually quite clever on the part of the filmmakers.

Around the 18th Century, The trends of ancient Greece were actually quite appealing to the upper class British. As a result of this, both British architecture and writing begin to reflect the styles of ancient Greece. Around the same time certain writers wrote parables comparing the ancient Greeks to the Scots. Drawing parables between the Scots and Spartans, who shared similar values. Writer and poet Allan Ramsey even compared the Doric accent used by the Spartans to a Scottish accent. Even now “Doric” can refer to either a Greek or Scottish accent.

Soon the British then began to identify themselves with high class Athenians. Thus a parallel was drawn: Between the “more cultured” British and Athenians and the “barbaric and simpler” Scottish and Spartans.

By doing this, Butler‘s performance draws a parallel with how the Scottish in history have been looked at and treated by upper class British society. And in doing so, we as a modern audience are actually able to better understand the tensions between the Athenians and the Spartans by using the British and Scottish historical example.

When it comes to the characters of any other Jane Austen story, there are a few things that come to mind about the characters that she creates in her world. The first and most obvious is a strong female protagonist.

And second, she rather intimately shows the awkwardness of growing up in the 1800s. Both the pressures of a period drama society mixed with an old, more traditional stance on the burden of growing up. This classic tale is no different. One thing that is rather charming about the story of Emma, is it multiple love triangles. Which are portrayed almost like a for lack of a better word “whimsical” version of musical chairs. When one person is seemingly in love with another person, that person is actually in love with another person, and frequently changing different opinions and different tastes in significant others as the film progresses. But this is not done in a dark or overly dramatic way. But rather in a loving and almost fun kind of way. Which is a tough thing to do when you have a group of main characters who are relatively young. 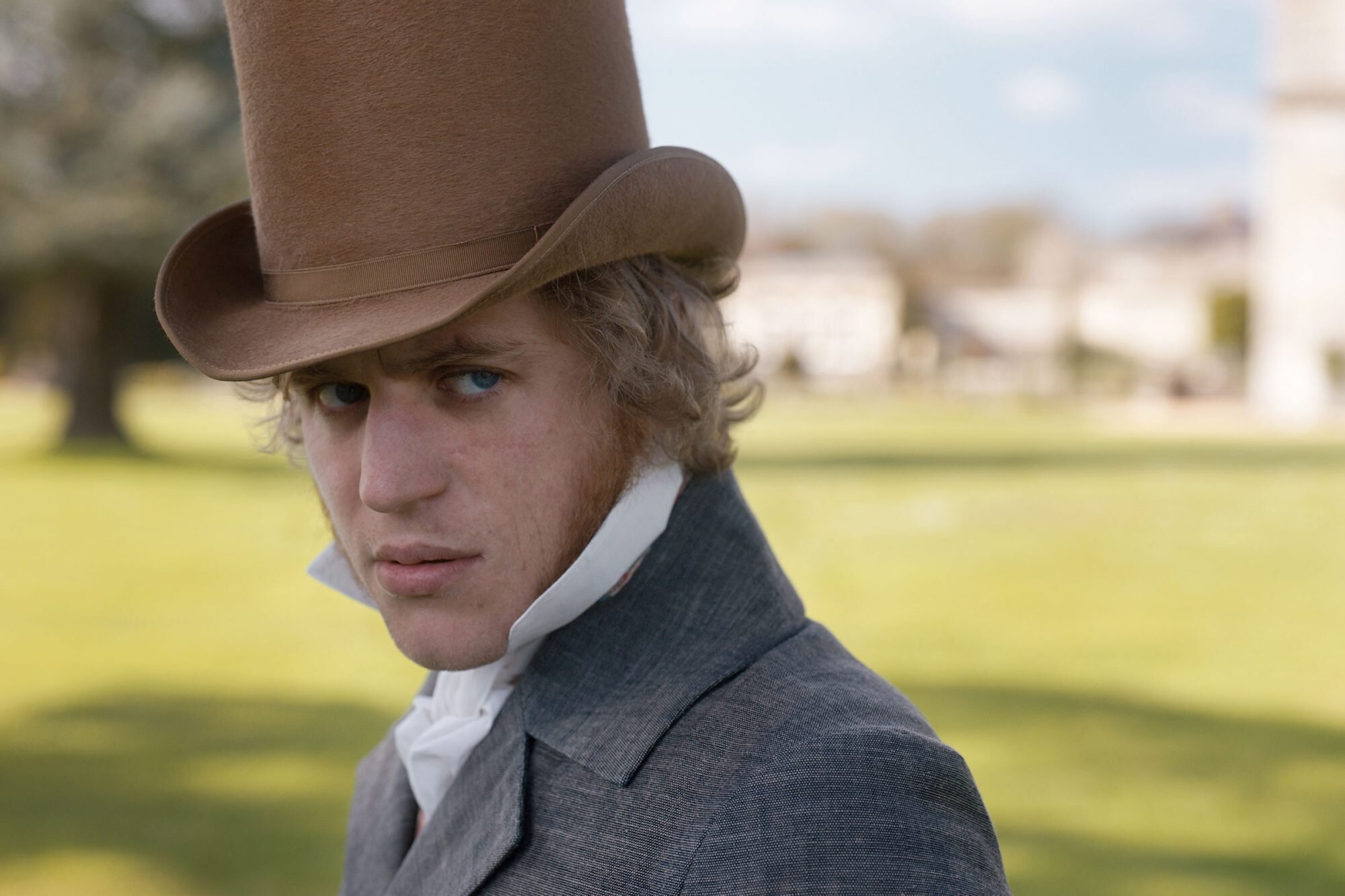 This kind of lightheartedness found in this particular version of the story, also presents us with a period film that is a little bit more lighthearted in nature than say what one might be accustomed to seeing. Which is practically almost unheard of since stories with similar plots and similar characters such as “Pride and Prejudice”, or “Weathering Heights” which usually give us a darker and more cynical idea of how love is handled regardless if there’s a happy ending attached to the final scene or not. Which is another reason why Emma is actually a little bit above the caliber of a story like Pride and Prejudice. It’s much more lighthearted and there are also much more likable characters in it. The film is well casted with star Anya Taylor-Joy who practically steals the screen in every shot that she’s in. What films like “The Witch” and “Split” have undoubtedly shown that she is a good actress in her own right, “Emma” really shows how far she has come in her career, as well showing us a much greater range of the actress she will become in the near future.

Emma is delightful tale of love, friendship, and whimsical comedy. And like any classic tale, it never ceases to please. 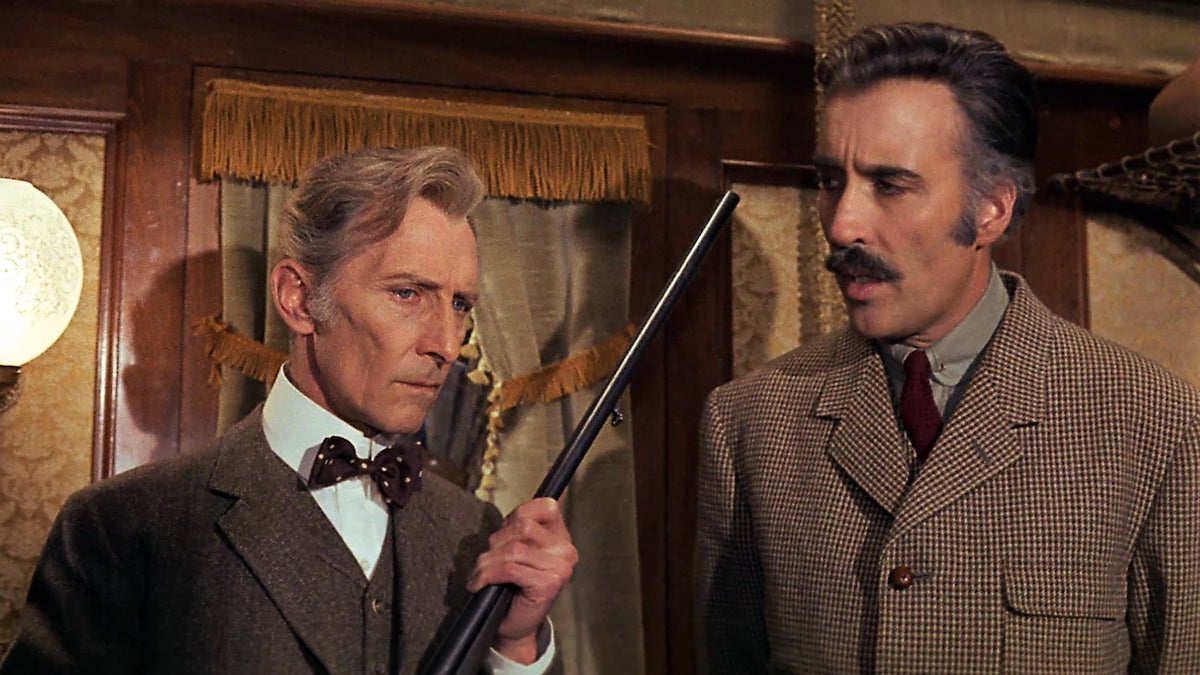 This film breaks a pattern in the careers of stars Christopher Lee and Peter Cushing. Although friends in real life, they usually played opposing characters (for example, Dracula and Van Helsing). However, in this film they play rivals who team up to take down an alien creature onboard a train.

This is because Cushing was grieving over the loss of his wife earlier that year. Lee tried to help his friend by inviting Cushing to join him in this movie. But when Cushing arrived in Spain for the shoot, he has a sudden panic attack and said he couldn’t do it. Lee took him aside to talk to him. When they came back Cushing was ready to film the movie. Lee and his family even invited Cushing to celebrate Christmas with them that year.

Fans of Peter Cushing have noted that many of his roles afterward echoed the sadness he felt after losing his wife, Helen. 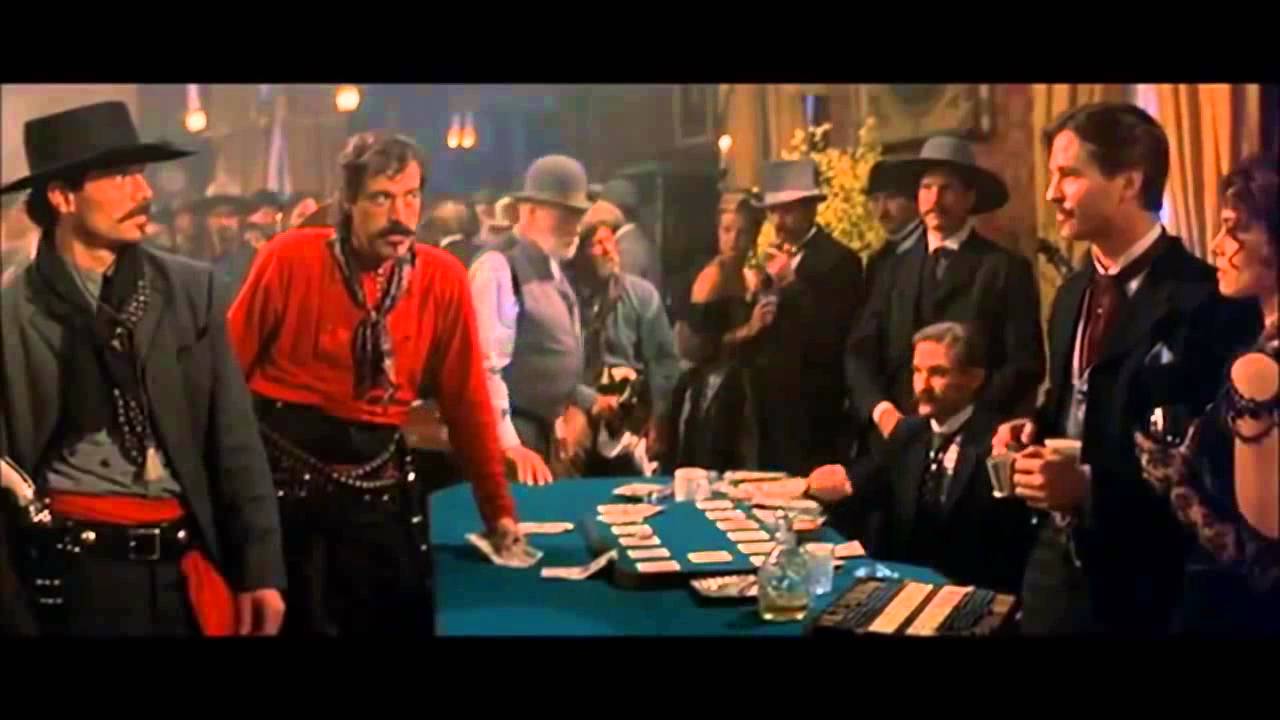 One of the film’s most famous scenes is the first confrontation between Doc Holliday (Val Kilmer) and Johnny Ringo (Michael Biehn). The two engage in a sort-of battle of wits. Speaking to each other in latin.

But what these two just had wasn’t an actual conversation. It was actually the two of them saying famous quotes from ancient writings at one another. Using the meanings of each phrase to be interpreted by their meaning. Pliny The Elder wrote “In vino veritas”, which means “In wine is truth”. “Age quod agis” means “Do what you do” and is actually a Catholic motto. “Credat Judaeus apella, non ego” is a quote from the poet Horace. An antisemitic line that means “The Jew Apella may believe it, not I”. “Eventus stultorum magister” means “Events are the teachers of fools”. “In pace requiescat” translates as “Rest in peace”. So in full, their conversation should read like this:

Doc Holliday: When I’m drinking, I speak my mind

Johnny Ringo: Do what you do best

Doc Holliday: I don’t believe drinking is what I do best.

Johnny Ringo: Fools have to learn by experience.