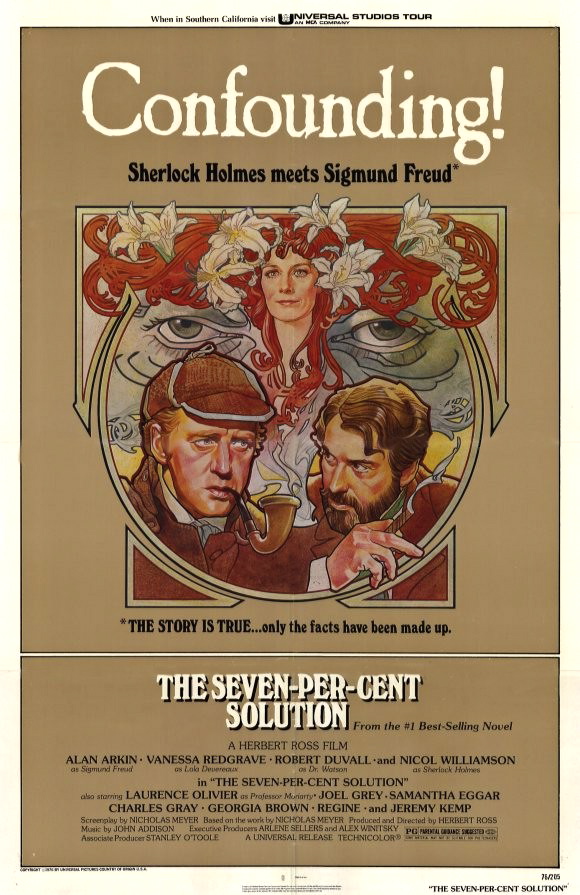 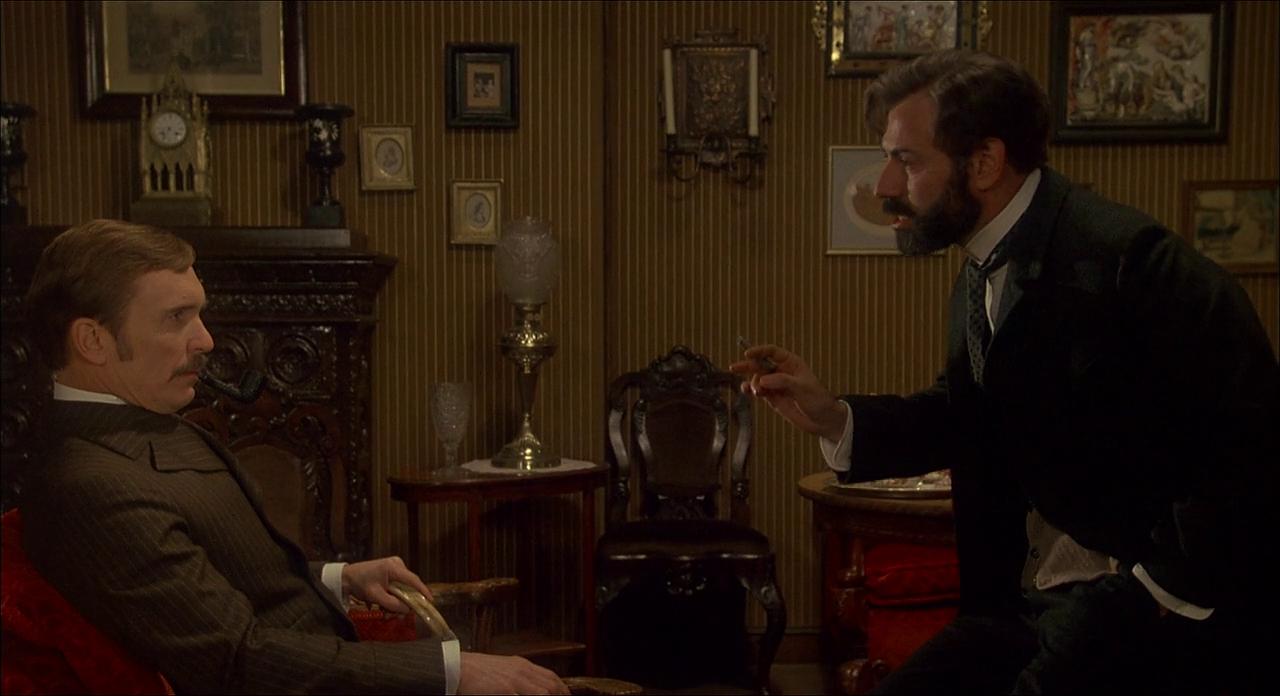 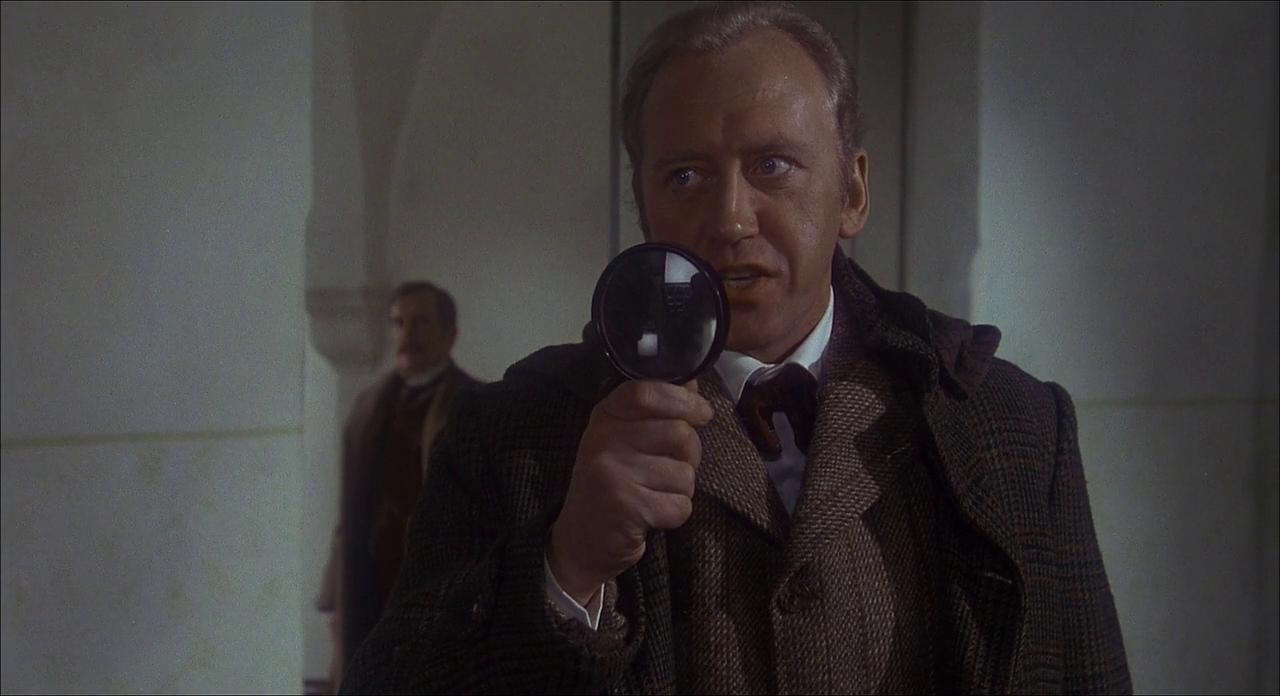 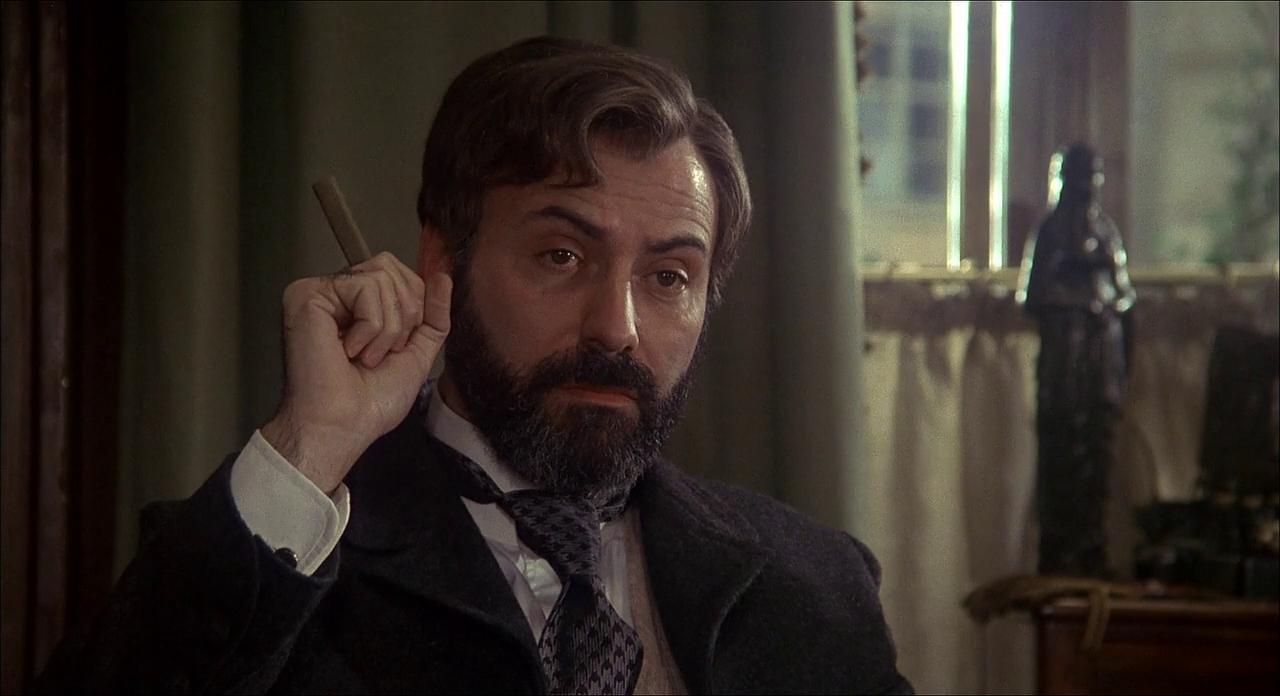 In the film, Carrie’s mother verbally abuses her with Bible verses. The “Sins of Eve” as her mother calls it. Basically about how being a woman is a sin.

Except for one thing….all the verses she shouts are fake. Not one verse her mother says at her are from the Bible. A subtle way of showing just how psychotic her mother really is.

In one scene, she claims the verses about how sexuality is evil are in Genesis Ch. 3, but anyone knowledgeable about the Bible knows that Chapter 3 is actually the story of Adam and Eve.

Thanks to the acting of Robert Powell, and very careful editing, Jesus never (or rarely) blinks once in the entire film. This was done to give Jesus a more supernatural and surreal feel about the character.

“Black Christmas” (1974)
Before Bob Clark gave us his infamous holiday family film “A Christmas Story”, he gave us the original Black Christmas. It has a simple enough story. A murdering psychopath is hiding in the attic of a sorority house and stats killing people one by one. For all intensive purposes, this is the prototype for what would later be known as the Slasher Film. Personally, I feel it is not the first as many of the formula for a slasher film do not exist in this film. Clark himself regarded it as more of psychological thriller than a straight up horror movie. Needless to say, this is one of the greatest boogeyman tales ever put to the screen.

“The Tenant” (1976)
From Roman Polanski (director of Rosemary’s Baby and Repulsion) comes The Tenant, which Polanski himself actually stars in as well. This is the film that Bruce Campbell himself has called on the scariest movies he’s ever seen, and he wasn’t lying. A tenant arrives at a newly vacant apparent in Paris, where its previous occupant killed herself. He slowing finds himself being driven insane by the memories of her, as well as the neighbors in the building with him. The Tenant is an odd sort of movie. Without spoiling too much, this is a film that may or may not leave you questioning your sanity after its over.

“The Thing” (1982)
Besides “Halloween”, The Thing is undoubtedly John Carpenter’s masterpiece. It’s about a group of scientists in Antarctica who encounter an ancient alien being that has the ability to assimilate and shapeshift into any other lifeforms (like humans) and other horrendous forms. What really gets under the skin with this one is the extraordinary sense of isolation and the trustworthiness of others. The sense of claustrophobia is palpable. Not to mention, the effects in this movie are excellent.

“The Innocents” (1961)
This film is the very definition of gothic. It stars Deborah Kerr (The King and I) as a governess sent to take care of two children at an old mansion where there may or may not be ghosts haunting them. The environment alone in this movie creates an aura of mystery and a fear of the unknown in the audience as one watches it. The real mystery in the film lies in the existence of the supernatural. Is it real? Is it a mere projection of sins of the past? Or is it something else entirely?

“The Haunting” (1963)
Before he gave us “The Sound of Music”, director Robert Wise gave us the original version of The Haunting. For all intensive purposes, this is the haunted house film that other haunted house films copy time and time again. There”s a reason for that. The real power of this film is in the fact that you never actually SEE any ghosts. It’s all noises, and creaking doors, and the wind howling. The supernatural is very real in the context of the movie, but the fact that you as an audience member never see any of it make the story that much more power. Far superior to the rather pathetic remake.

“Event Horizon” (1997)
This is one of those films that has gotten more and more popular the older it gets. The movie is about a rescue crew in space going to retrieve an old spaceship that disappeared in deep space years ago. But it didn’t come back alone…. This movie (much like the 1979 movie, Alien) takes the haunted house plot and takes it one step further, in space. Very disturbing, but very well made.

“The Fly” (1986)
This is one of those classic, “man was meant o leave some things alone” mad scientist stories. Jeff Goldblum starts as a scientist who invents a teleportation device, which works perfectly. Until he tests it out on himself. Unknowingly, a fly goes in there with him and he begins a horrendous and gory transformation into a creature unlike anything ever seen before. Great story coupled with great acting. Amazing effects! This is also a great example of a remake superior to its 1958 original movie.

“Cat People” (1942)
This is a great example of “less is more”. Part of the 1940’s Val Lewton horror films, Cat People is about a woman, who if caught in the grip of passion, will transform into a leopard (a werecat, if you will) thus making things rather strained with her relationship with her new husband. on the outside this movie looks like a cheap knockoff of Universal’s “The Wolf Man”, but it is much more than that. The movie is horror, but at its very core, its a metaphor about a couple with marriage problems. This is also one of the first contemporary horror films set in a then, modern era. It gives the film a more realistic quality that most horror films at that time were seriously lacking. Arguably one of the great horror tales ever put to the screen, not because of effects, or gore, or even scares. But because it has a terrific storyline that is tough to beat, even by today’s standards.

“An American Werewolf in London” (1981)
From the man who gave us Animal House and The Blues Brothers, John Landis. This is another one of the greats. It’s about a college student who survives a werewolf attack in the Moors. Meanwhile his friends returns as an Undead being to warn him of the horrors he will endure. this film has both scares and a strange blend of dark comedy within its structure. This film also was a landmark in movie visual effects, containing one of the greatest werewolf transformation ever in a movie. Designed by Rick Baker, it is still one of the most impressive scenes of all horror film history.

“Diabolique” (1955)
This erie tale is about a teacher at a school in France, who is being abused by her husband, combines forces with his mistress to kill the husband. This film contains one of the greatest twist endings in all film history. So great in fact, that this is a film that may require a second or third viewing in order to get an accurate opinion of it. This perfecting written psychological thriller is a wonderful example of French cinema.