One thing I’ve always thought was interesting. Is the American horror emphasis on the car. Most American horror is rural. Taking place in places outside of urban or city landscapes. This being the case, we’ve put a strong quality on the tool of the road trip: The Car.
The car itself becomes a character in the story. But not just a character. It’s a safezone. As long as the car works, the characters are safe, if it stalls or is otherwise incapacitated, then the characters are not safe.

While many actors can lay claim to playing the serial killer Michael Myers in the Halloween film, two primarily played him in the original film. 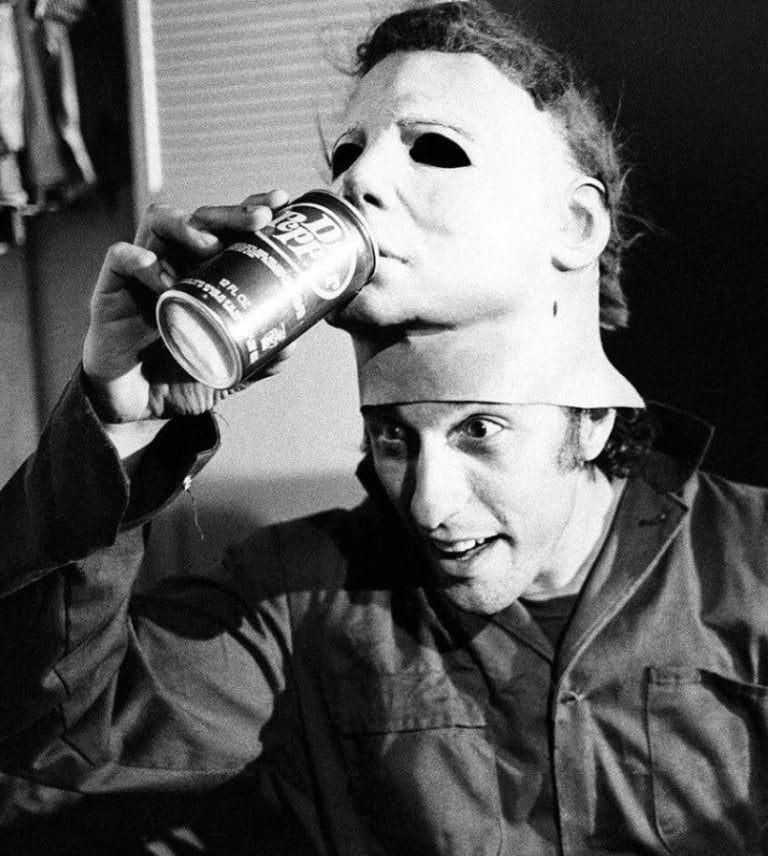 Nick Castle (credited as ‘The Shape’) plays Michael Myers in many of the scenes where Michael wears his infamous mask. Castle returned to the role in “Halloween” (2018).

Tony Moran plays Michael Myers towards the end of the film when his mask is removed. Producer Debra Hill said that one of the reasons Moran was brought in was because he looked “angelic and innocent”. And when the mask finally came off, we would see Michael Myers with a look of fright on his face. This was supposed to be the reason why Myers wore a blank, emotionless face. To hide his insecurity. 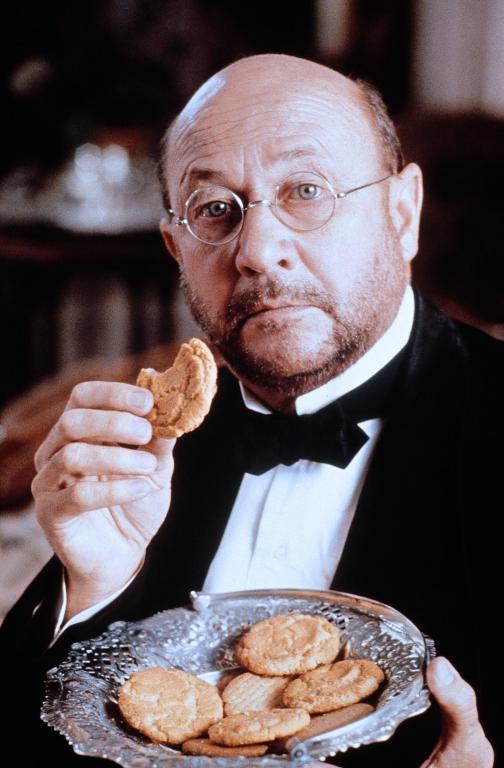 Donald Pleasence was an actor who knew the “filmmaking game”. He would often be seen handling props in his movies, and in the case of the 1979 version of “Dracula” there are many shots of him eating (usually a small bag of candies he called “sweeties”).

Because of the continuity issues of his eating and prop handling, this made cutting his scenes more difficult, and thus guaranteed him more scenes in the movie. 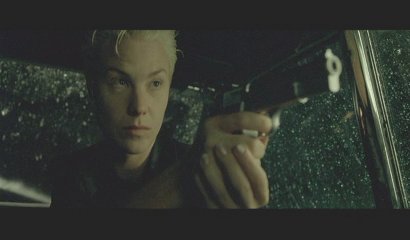 Originally, the character of Switch was meant to semi-transgender, and played by two different actors. The idea was that in the matrix Switch was a female, but in the real world Switch was a male. A biological male, but with the avatar (or mental projected digital self) of a female. Going back and forth between the two as being inside and outside of the matrix. Hence the name “Switch”.

Actress Belinda McClory was first brought in to play the female half of the character, but when the idea was scrapped, she ended up playing Switch entirely as a female character.

This review is going to seem a little strange because it is not exactly about a movie. It’s about a movie that was ultimately never made. Actually that’s not completely true either it has been made, and it has actually been a very successful franchise . From Pierre Boulle’s novel “Planet of the Apes”. Of course, with the era of remakes and reboots and all-around redos that are done in the film world, a lot of people should be acquainted with Planet of the Apes.

As most people know the original film was made in 1968 starring Charlton Heston Roddy McDowell and Kim Hunter. Surprisingly, what a lot of people may not be aware of is that the first screenplay that was adapted from the original novel, back when the film was being developed by Warner Bros. was actually Rod Serling, the creator of the infamous TV show “The Twilight Zone”. Rod Serling was a storyteller who knew how to integrate politics and other real world issues into the science fiction. Meaning, he could take an analogy or metaphor and basically tell real-world issues with fantastic settings. He once said “A Martian could say something on Twilight Zone that a politician would never be able to say on TV”. Such was the case with Serling’s script.

While the final film did share a lot of things from Serling script (especially that awesome twist ending which I cannot in good conscience spoil here). One of the major differences between Serling’s script and the final film was the setting of the planet itself. Sterling’s version followed the novel very very closely in that the apes lived in a more modern society. They were more technologically advanced than the human world from which our astronaut had come from . They drove cars, they flew airplanes, they lived in skyscrapers, there’s even a part in the story where they have a late-night talkshow.
What is  undoubtedly intriguing, especially for fans of the original, and answer as to why they wouldn’t have gone with it in the first place could be in the third film “Escape from the Planet of the Apes” made in 1971. In that film you see Cornelius and Zira, our two Ape protagonists in a modern setting, in cars, wearing modern clothes, interacting with modern people in a modern city .

And we see how silly it looks. So as intriguing as what Serling’s script might’ve shown, the overall message and theme of the story could’ve been lost and whatever silliness the audiences saw with the apes in a modern-day setting.

Another big difference in Serling script is our protagonist, the astronaut by Charlton Heston. In Serling’s original script, Thomas the name of the Astronaut and he’s is actually a very sympathetic person . He’s much kinder and passes himself as a little bit wiser than the character of Taylor in the final film. Heston’s performance of Taylor  in “Planet of the Apes” is that of a cynical man finding meaninglessness in the mankind. In essence, when Michael Wilson took the Serling script and changed it into what would become the final film, he basically made Taylor the embodiment of the unstable political world of the 1960s. Which both made Taylor a much more unlikable hero , and increased the sympathy that the audience has for him more so than if we had gone with Serling’s version of Thomas.

Officially the reason why Serling script ultimately was never used was because of costs, especially when 20 century Fox finally bought the rights for “Planet of the Apes”. They weren’t able to meet the budgetary demands of it . Mostly, because of the financial disaster of the 1963 film “Cleopatra”. “Cleopatra” was a box office bomb that bankrupted 20th Century Fox, that resulted in the studio needing to sell off land just to make the payments. And as a result of that box office flop a lot of movies which should have been made either didn’t get made or had to be drastically altered from their script version.

The only thing that really survives of the film, at least what it could’ve looked like was the 1966 make up test shot using Serling’s original script. With Charlton Heston as Thomas, Edward G Robinson is Doctor Zaius, Linda Harrison (who later going to play the character of nova) as Zira, and James Brolin as Cornelius. 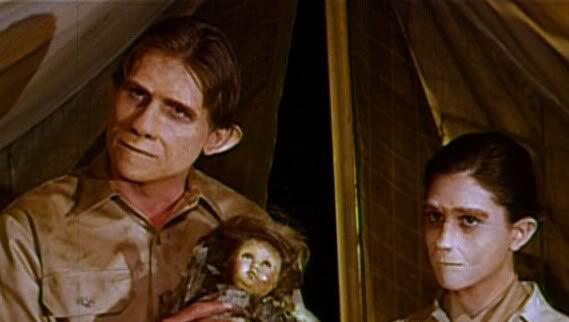 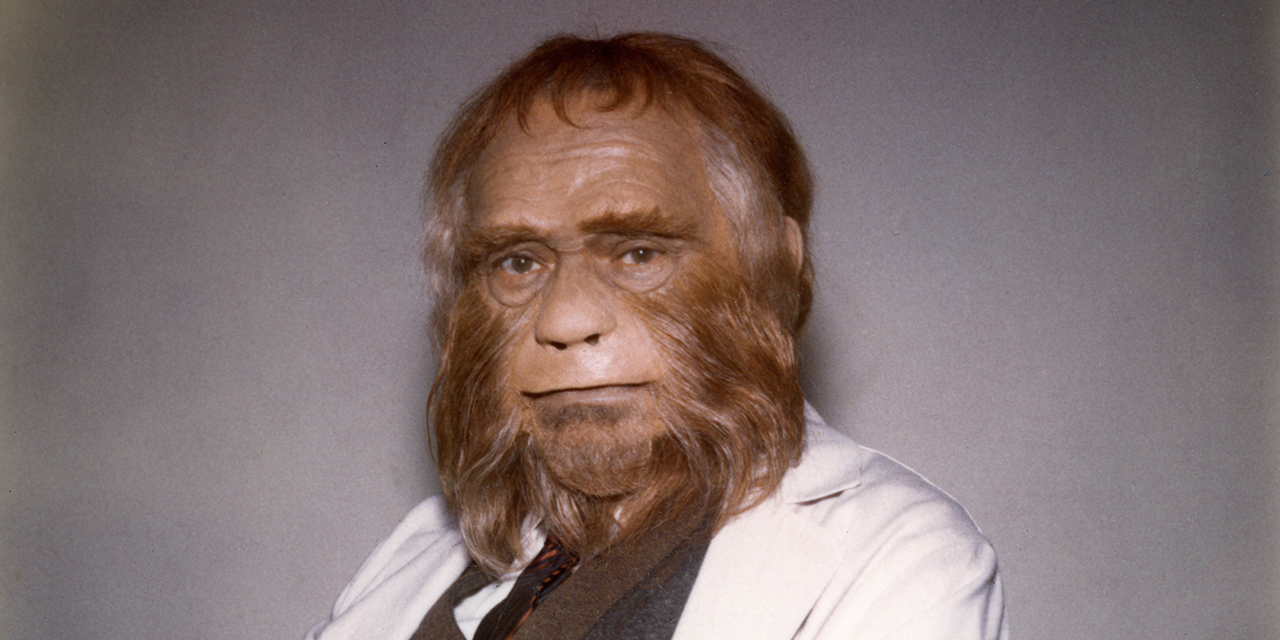 Also in late 2018 they brought Serling script into graphic novel form with the story “Planet of the Apes Visionaries”. Using both Serling script (which is still available to read online) as well as drawings and illustrations drawn for the pitch and the make up test itself. They were able to piece together what the final film of Rod Serling’s “Planet of the Apes” might’ve looked like.

Much like Stanley Kubrick’s epic “Napoleon” (another unmade film) , Serling’s version of “Planet of the Apes” is something for film buffs and scholars to study and speculate. Would “Planet of the Apes” be remembered as finely as it is today if they had gone with Serling script in the first place??