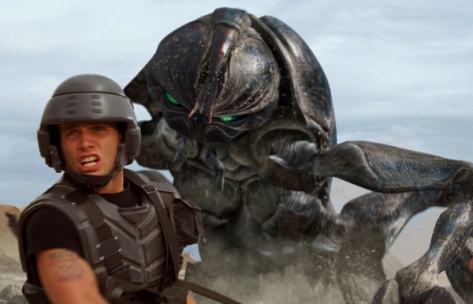 Director Paul Verhoeven and Screenwriter Edward Neumeier repeatedly said in interviews that “audiences didn’t get the joke”. Here are some clues:
1. Earth’s Federation is basically a totalitarian government that limits citizen’s rights unless they serve military service. One soldier says she joined to get a special license to have children, and there are frequent references to how only citizens (those who serve the military) are the only ones with the right to vote.
2. Everybody on Earth has an unquestionable loyalty to the Federation. No crime, no rebellions, etc.
3. We are led to believe the bugs strategically attacked Earth by sending an asteroid to destroy a city. These bugs are not obviously mathematically sound, so it’s obvious they couldn’t have calculated the Earth’s position in the cosmos.
4. The use of WW2 style propaganda.

The joke is this: The bugs are totally innocent. Humans are the evil alien invaders. 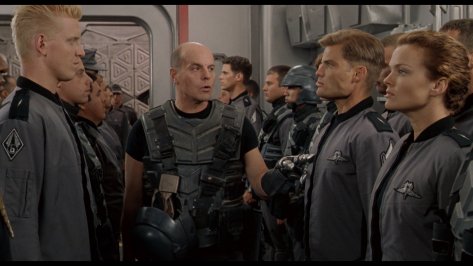 In the film, the Earth floods, becoming a global ocean. Allegedly, because the polar ice caps have melted. This is not scientifically accurate as the water levels would only rise 300 feet if that happened, leaving very much land intact. It would though, alter climate. In the original script, the planet flooded because an asteroid locked itself into an orbit around the Earth, becoming a second moon. Thus altering the tides of the Earth’s water. Ironically, if the filmmakers had kept the original explanation, it would have been more scientifically accurate. 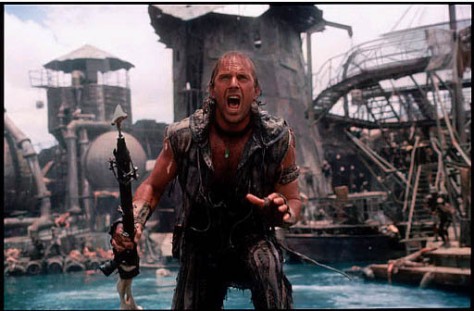 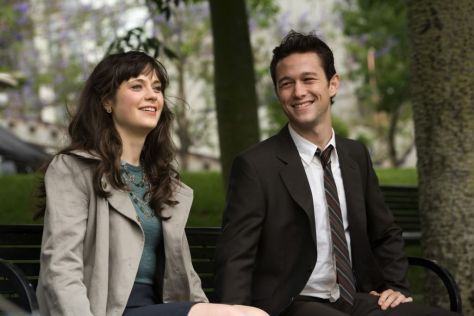 There is a popular fan theory that the final conversation between Tom (Joseph Gordon-Levitt) and Summer (Zooey Deschanel) is in fact all in Tom’s head. If you watch the movie, in conjunction with this particular scene, it seems a bit out of character for Summer. Like, the scene seems to be too much of Tom’s expectations of the closure he thinks he deserves. And earlier in the movie, we saw just that.
While it was never the intention of the filmmakers, they’ve admitted that the explanation makes a lot of sense.